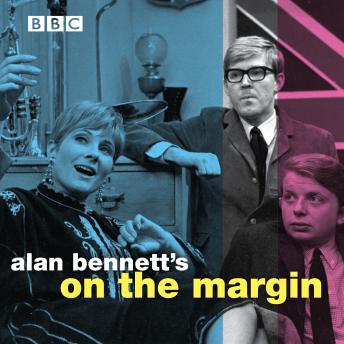 Alan Bennett's: On The Margin

On the Margin was a six part BBC TV satirical comedy sketch show written and performed by Alan Bennett, with journalist and TV presenter John Sergeant and actor Virginia Stride. It was first broadcast in 1966 and was such a critical success that it was repeated twice the following year. Although Alan Bennett - already famous due to Beyond the Fringe - took swipes at contemporary Britain, his love of his country’s cultural heritage always remained. Besides Bennett, the series also featured Yvonne Gillan, Madge Hindle and Roland MacLeod. However, On the Margin sadly became one of the notorious casualties of the BBC’s tape-recycling policies and the series was completely wiped after its final broadcast. Lost audio recordings of the show were rediscovered in 2014, but so far this release is the only existing compilation of On the Margin...

Alan Bennett's: On The Margin