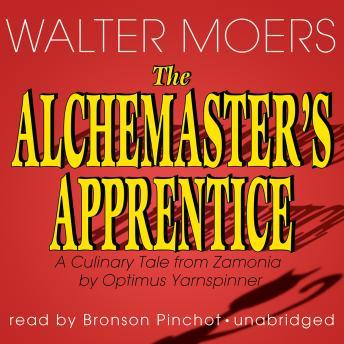 Malaisea, the unhealthiest town in the whole of Zamonia, is home to Echo the Crat, a multitalented creature resembling a cat in appearance but capable of speaking any language under the sun, human or animal. When his mistress dies, Echo finds himself out on the street. Dying of starvation, he is compelled to sign a contract with Ghoolion the Alchemaster, Malaisea’s evil alchemist-in-chief. This fateful document gives Ghoolion the right to kill Echo at the next full moon and render him down for his fat, with which he hopes to brew an alchemical concoction that will make him immortal. In return, he promises to regale the little Crat with the most exquisite gastronomic delicacies until his time is up. But Ghoolion has reckoned without Echo’s talent for survival and his ability to make new friends. These include the Leathermice, the Cogitating Eggs, the Golden Squirrel, the Cooked Ghost, Theodore T. Theodore the one-eyed Tuwituwu, and above all, Izanuela Anazazi, the last Uggly in Malaisea.
Walter Moers’ magnificent translation of Optimus Yarnspinner’s novel introduces us to yet another of Zamonia’s hotbeds of adventure: Malaisea, a place where sick is healthy, up is down, right is wrong, and Ghoolion the Alchemaster reigns supreme—until Echo crosses his path.