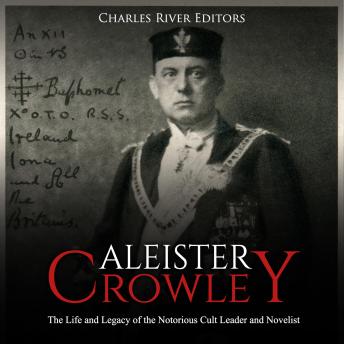 Aleister Crowley: The Life and Legacy of the Notorious Cult Leader and Novelist

"What a piece of work is a man! how noble in reason!
how infinite in faculty! in form and moving how
express and admirable! in action how like an angel!
in apprehension how like a god! the beauty of the
world! the paragon of animals!" - William Shakespeare. Hamlet
Any work about the mercurial Aleister Crowley is better off being labeled a "story" than a "biography" thanks to the impossibility of being sure that anything one reads about him is true. The basic recorded facts, including birth date, educational records, and published works, are reliable indicators that can be likened to stars guiding a lost desert traveler if the sky is clear. For the rest, one is wandering in the wilderness. He has been labeled a Satanist, a sociopath, a drug addict, a murderer, and, not to put too fine a point on it; "the wickedest man on earth" by several prominent newspapers. He has also been hailed as the prophet of the New Age charged with bringing about the spiritual awakening of humanity, a brilliant writer, an intrepid mountaineer, a heroic MI6/MI5 agent, and a gifted magician. He even launched his own religion, called Thelema, which persists to this day.
As such, a story about Aleister Crowley must include a timeline of important events in his life, at least as accurately as possible, while examining the several characteristics and aspects of his life and work that make him so influential. Once reviled and discarded by all but his most fervent followers, Crowley's writings reemerged as the subject of serious scholarship in the 1990s.
Aleister Crowley: The Life and Legacy of the Notorious Cult Leader and Novelist profiles one of the 20th century's most colorful and controversial figures. Along with pictures of important people, places, and events, you will learn about Crowley like never before.

Aleister Crowley: The Life and Legacy of the Notorious Cult Leader and Novelist