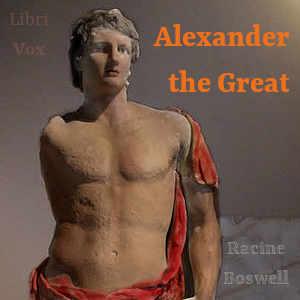 Racine caused furour in the French theater community with his second play, Alexander the Great, when "The sensitive poet seems to have been disgusted by the manner in which it was being acted; for, a fortnight after it had been put on the boards at the Palais Royal [by Moliere], Moliere's company learned with astonishment and indignation that it was being simultaneously performed at a rival theatre." "The story of this drama is derived from Quintus Curtius, Plutarch, and Justin." Racine followed the rules of classical French dramatists: one main plot, action takes place in one day and at one location. - Summary by Translator and ToddHW