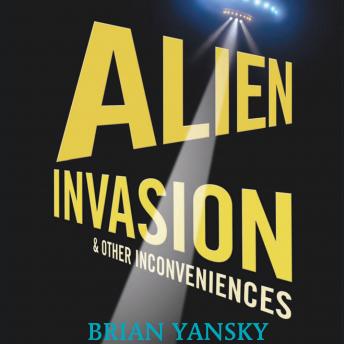 Jesse is having the worst day of his life. Unfortunately, it’s also the worst day in the history of humankind. Sanginians have invaded Earth, using their tremendous mental powers to turn all of humanity into their slaves in a matter of seconds. Lucky for Jesse, he has some telepathic abilities of his own, making him “superior product,” worthy to serve in the home of Lord Vertenomous, the leader of this new colony.Too bad for Lord Vert that Jesse isn’t the type of product to sit back and take things quietly. In fact, it seems there may be other product who feel the same—like Lauren, the overachieving do-gooder; Michael, the star athlete; and Lindsey, the fashion model. But it isn’t until Jesse starts communicating in his dreams with a mysterious girl, whom he’s pretty sure is real, that he starts to think the aliens might not be invincible after all.Brian Yansky takes listeners on a journey filled with humor and courage, where one teenage boy has to figure out what exactly it means to be human.