All Cheeses Great and Small: A Life Less Blurry 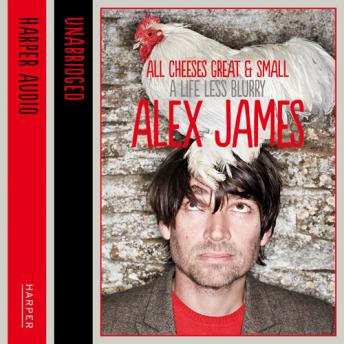 This is the story of Alex James's transition from a leading light of the Britpop movement in the 1990s, to gentleman farmer, artisan cheese-maker and father of five.

All Cheeses Great and Small is the follow-up memoir to Alex James's first book, Bit of a Blur, the story of his excessive pop star lifestyle during the nineties. But now Alex has grown up, fallen in love and got married. He has also fallen passionately for his new home, an enormous rambling farmhouse in the Cotswolds, set in two hundred acres of beautiful British countryside.

The farm represents not just a new house for Alex, but also a new career. As he breathes new life into the old farm he chances across an unexpected calling: making cheese. His cheeses, Blue Monday, Farleigh Wallop and Little Wallop have received widespread media interest and are now sold through many outlets.

The story culminates with an account of the triumphant reformation of Blur for Glastonbury 2009. It will also include illustrations by Graham Coxon.

All Cheeses Great and Small: A Life Less Blurry