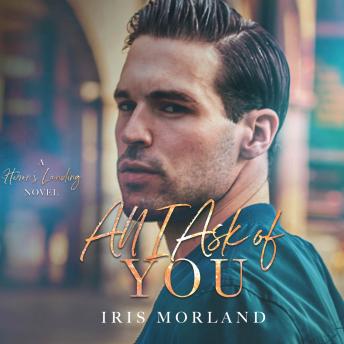 All I Ask of You

Growing up in the small Missouri town of Heron's Landing, Grace Danvers has loved Jaime Martínez from afar for five long years. A young artist and painter, Grace feels adrift, but one thing is constant: her love for Jaime. To her, he is everything: handsome, talented, and completely out of her league. But when she and Jaime kiss under the stars one fateful evening, suddenly her crush on him transforms into something more-something neither of them can deny. Jaime came to Heron's Landing to work as the executive chef at the local vineyard River's Bend. It had always been a pit stop in his mind-until Grace entered the picture. Now, he can't stop thinking about his boss's younger sister or how she felt pressed up against him as they kissed that night. He knows he should leave her alone: she's younger than him and innocent. But when Jaime comes under suspicion of stealing from the vineyard, he must choose between what he thought he wanted and what has become a love he never expected to find.

All I Ask of You