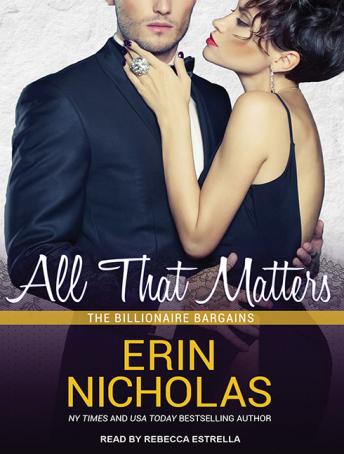 When billionaire Emily Steele breaks off her eight-year relationship with the only boy she's ever dated, she quickly realizes that she has a lot to learn about men. A friend's bachelorette party in New Orleans is the perfect place to get in touch with her inner vixen, but her overprotective uncle's determination to keep her safe means that she's going to have a babysitter for the weekend. A tall, handsome babysitter who makes her tingle from head to toe.


Will Weston has always thought that his boss's niece was special, and now that she's single, he's even more acutely aware of her beauty and charm. Her uncle's insistence that he accompany her to the world's sexiest city has mistake written all over it-until she offers his best friend a million dollars to be her date. Now there's no way that Will is staying behind, even though he knows that something crazy is going to happen. Because falling in love in a weekend is definitely crazy.
Contains mature themes.