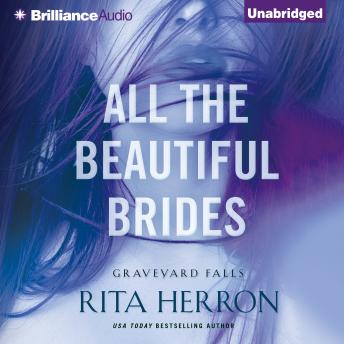 All the Beautiful Brides

A young woman lies dead at the bottom of a waterfall, dressed in a wedding gown with a rose stem jammed down her throat. And in the small town of Graveyard Falls, the horrifying vision stirs a long-ago nightmare back to life.

FBI Special Agent Cal Coulter gets called in to investigate the murder, which bears a terrifying resemblance to a series of killings committed thirty years ago: three teenage girls were found dead at the waterfall’s base, all bearing rose stems in their throats. The high school football star was convicted and imprisoned for those murders, so now Cal suspects that the real killer is still out there.

Now, the body count is rising again. The monster’s sights are set on counselor Mona Monroe, Cal’s best friend’s widow…and the woman he’s always loved. Can Cal stop the killer before Mona becomes the next victim?