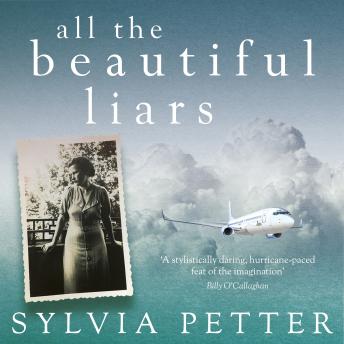 All the Beautiful Liars (Unabridged)

'A stylistically daring, hurricane-paced and genuinely impressive feat of the imagination' - Billy O'Callaghan

As a child in Australia in the Fifties, Katrina Klain is taunted in the playground as a Nazi, long before she knows what the word means. Her German mother and her Austrian father seem to be ordinary people who simply ended up on the wrong side of history, but Katrina yearns to know more about her origins.

Leaving the New World behind as soon as she can, she heads to Vienna, where she imagines her Germanic name will no longer be a burden, armed with what turns out to be an inexhaustible list of questions. Is the sleazy uncle exiled to Spain a crook or a hero of the anti-Nazi resistance? Why does her father insist his brother is dead? And is her cousin in East Germany really a Stasi agent?

Decades later, during a long flight back to Australia, Katrina attempts to reassemble the pieces of the puzzle she has spent so long researching. In her dream-like version of an in-flight movie, a mysterious other-worldly guide seems to know - and have control over - her own future.

Told in a thrillingly inventive narrative style, Sylvia Petter's debut novel is a powerful, pacy tale about making peace with the past, which also paints a richly evocative picture of Central Europe in the early decades after the war.

This title is due for release on March 26, 2021
We'll send you an email as soon as it is available!