All the Better Part of Me 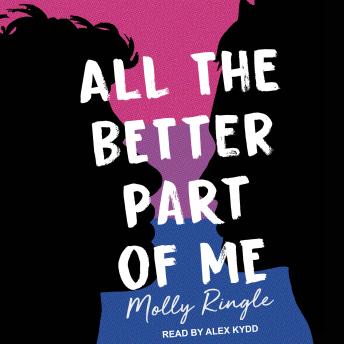 Against a backdrop of '80s new wave songs and the landscapes of London and Seattle, a young actor in the modern day tackles his bisexuality as he finds himself falling for his best friend.

It's an inconvenient time for Sinter Blackwell to realize he's bisexual. He's a twenty-five-year-old American actor working in London, living far away from his disapproving parents in the Pacific Northwest, and enjoying a flirtation with his director Fiona. But he can't deny that his favorite parts of each day are the messages from his gay best friend Andy in Seattle-whom Sinter once kissed when they were fifteen.

Finally, he decides to return to America to visit Andy and discover what's between them, if anything. He isn't seeking love, and definitely doesn't want drama. But both love and drama seem determined to find him. Family complications soon force him into the most consequential decisions of his life, threatening all his most important relationships: with Andy, Fiona, his parents, and everyone else who's counting on him. Choosing the right role to play has never been harder.

All the Better Part of Me