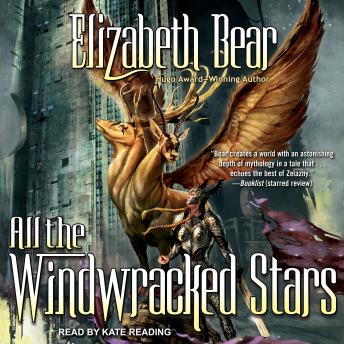 From the author of The Stone in the Skull

It all began with Ragnarok, with the Children of the Light and the Tarnished ones battling to the death in the ice and the dark. At the end of the long battle, one Valkyrie survived, wounded, and one valraven-the steeds of the valkyrie.

Because they lived, Valdyrgard was not wholly destroyed. Because the valraven was transformed in the last miracle offered to a Child of the Light, Valdyrgard was changed to a world where magic and technology worked hand in hand.

2500 years later, Muire is in the last city on the dying planet, where the Technomancer rules what's left of humanity. She's caught sight of someone she has not seen since the Last Battle: Mingan the Wolf is hunting in her city.