All We Have is Now 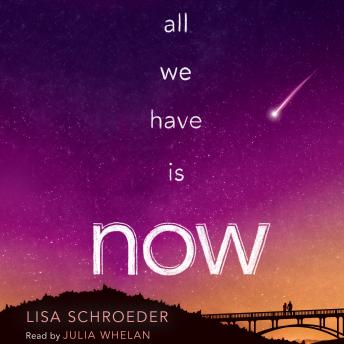 From the author of THE BRIDGE FROM ME TO YOU, a groundbreaking novel about what matters most--when time is running out.

What do you do with your last day on earth?

There are twenty-seven hours and fifteen minutes left until a meteor strikes North America, and, for Emerson and everyone else who didn't leave, the world will end. But Emerson's world already ended when she ran away from home last year. Since then she has lived on the streets, relying on her wits and her friend Vince to help her find places to sleep and food to eat.

The city's quieter now that most people are gone, and no one seems to know what to do as the end approaches. But then Emerson and Vince meet Carl, who tells them that he has been granting people's wishes. He gave his car away so a woman could take her son to see the ocean for the first time, and he gives Emerson and Vince all the money he has in his wallet.

Suddenly this last day seems full of possibility. Emerson and Vince can grant a lot of wishes in twenty-seven hours--maybe even their own.

All We Have is Now