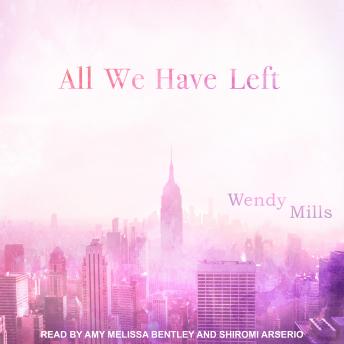 All We Have Left

Sixteen-year-old Jesse is used to living with the echoes of the past. Her older brother died in the September 11th attacks, and her dad since has filled their home with anger and grief. When Jesse gets caught up with the wrong crowd, one momentary hate-fueled decision turns her life upside down. The only way to make amends is to face the past, starting Jesse on a journey that will reveal the truth about how her brother died.

In 2001, sixteen-year-old Alia is proud to be Muslim . . . it's being a teenager that she finds difficult. After being grounded for a stupid mistake, Alia decides to confront her father at his Manhattan office, putting her in danger she never could have imagined. When the planes collide into the Twin Towers, Alia is trapped inside one of the buildings. In the final hours, she meets a boy who will change everything for her as the flames rage around them . . .

Interweaving stories from past and present, All We Have Left brings one of the most important days in our recent history to life, showing that love and hope will always triumph.

All We Have Left