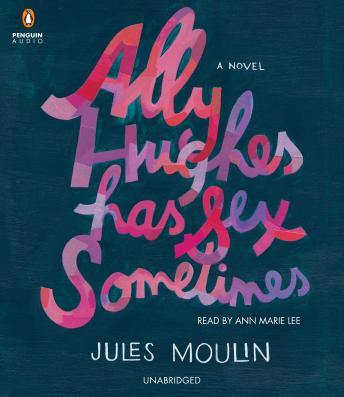 When a buttoned-up professor and her unbuttoned daughter fall for the same irresistible man, a delightful, subversive comedy begins. . . .

Life isn’t easy for single mother Ally Hughes. Teaching at Brown, her class load is huge and her boss is a menace. At home, she contends with a critical mother, a falling-down house, and a daughter who never misses a beat. Between taking care of the people she loves, teaching full time, and making ends meet, Ally doesn't have time for a man. She doesn’t date. She’s not into flings. But then she meets Jake, an eager student, young in years but old in soul, who challenges his favorite professor to open up her life, and her heart, to love. It doesn't work. In fact, his urging backfires.

Ten years later, Ally's still single. Jake reappears and surprises her in a brand-new role: He's dating Ally's now-grown daughter. In this hilarious, heartrending tale, Ally is finally forced to concede (not only to herself) that an independent, 'liberated' woman can still make room in her life for love.