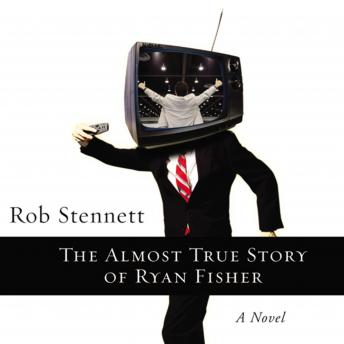 The Almost True Story of Ryan Fisher: A Novel

Meet Ryan Fisher—a self-assured real estate agent who’s looking for an edge in the market. While watching a news special late one night, he sees evangelical Christians raising their hands in worship. It’s like they’re begging for affordable but classy starter homes. Ryan discovers the Christian business directory and places an ad complete with a Jesus fish. His business doubles in a week. But after visiting an actual church, Ryan realizes that with his business savvy, he could not only plant a church—he could create an empire. The Almost True Story of Ryan Fisher is a hilarious, spot-on, and often heartbreaking satire in the tradition of Kurt Vonnegut, Tom Perrotta, and Douglas Adams.