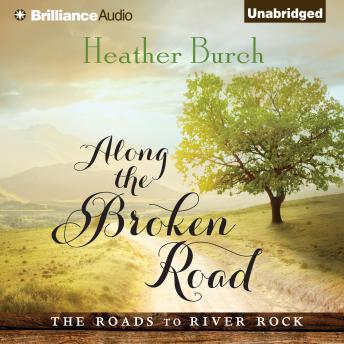 Along the Broken Road

Armed with only a journal and a promise, soldier Ian Carlisle returns home to fulfill his friend's dying wish: to find the man's daughter and read her his journal, one page at a time. The woman he finds in River Rock, Missouri, is just as warmhearted, artistic, and feisty as her father described. Ian had fallen in love with Charlee McKinley before he even met her, but he has no idea if she'll ever return his feelings.

Charlee loved her father-but she didn't like him very much. Regimental and strict, Major Mack never approved of his daughter's choices. So when a down-on-his-luck soldier arrives on Charlee's doorstep, she'll give him the benefit of the doubt, but not her heart. It isn't until he starts reading to her that the beautiful, touching words begin to unlock something deep inside. But when Ian reveals a secret that shakes Charlee to her core, will she close herself off to love out of fear?

Along the Broken Road