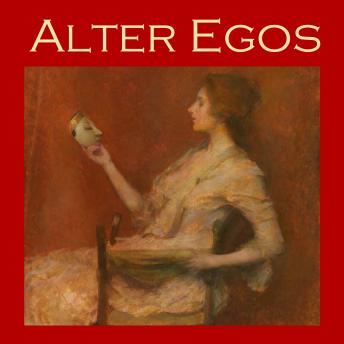 One of the most enduring themes in literature through the ages has been the internal conflict between two sides of a single character. It manifests itself in different ways, from the classic werewolf story to souls which are invaded by evil spirits to the pseudo sci-fi of Jekyll and Hyde to strange tales of total amnesia, as in Barry Pain's masterpiece "The Missing Years". This collection brings together a selection of different tales, in each of which tension is created when a human soul is split into more than one part.

"The Mysterious Card" by Cleveland Moffett
"The Missing Years" by Barry Pain
"The Strange Case of Dr. Jekyll and Mr. Hyde" by Robert Louis Stevenson
"The White Wolf of the Hartz Mountains" by Frederick Marryat
"Gabriel-Ernest" by Saki
"A Pastoral Horror" by Sir Arthur Conan Doyle
"The Mark of the Beast" by Rudyard Kipling
"The Voice" by A. J. Alan
"The Parasite" by Sir Arthur Conan Doyle
"The Beast with Five Fingers" by W. F. Harvey
"The White Dog" by Fedor Sologub