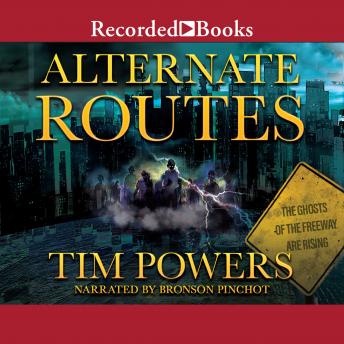 A New Novel From Award-Winning Master of Fantasy and Science Fiction Tim Powers. A modern ghost story as only Tim Powers can write it. Something weird is happening to the Los Angeles freeways-phantom cars, lanes from nowhere, and sometimes unmarked offramps that give glimpses of a desolate desert highway-and Sebastian Vickery, disgraced ex-Secret Service agent, is a driver for a covert supernatural-evasion car service. But another government agency is using and perhaps causing the freeway anomalies, and their chief is determined to have Vickery killed because of something he learned years ago at a halted Presidential motorcade. Reluctantly aided by Ingrid Castine, a member of that agency, and a homeless Mexican boy, and a woman who makes her living costumed as Supergirl on the sidewalk in front of the Chinese Theater, Vickery learns what legendary hell it is that the desert highway leads to-and when Castine deliberately drives into it to save him from capture, he must enter it himself to get her out. Alternate Routes is a fast-paced supernatural adventure story that sweeps from the sun-blinded streets and labyrinthine freeways of Los Angeles to a horrifying other world out of Greek mythology, and Vickery and Castine must learn to abandon old loyalties and learn loyalty to each other in order to survive as the world goes mad around them.