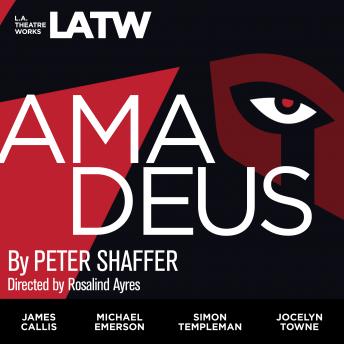 Ambition and jealousy - all set to music. Devout court composer Antonio Salieri plots against his rival, the dissolute but supremely talented Wolfgang Amadeus Mozart. How far will Salieri go to achieve the fame that Mozart disregards? The 1981 Tony Award ® winner for Best Play.

Recorded before a live audience at the UCLA James Bridges Theater in September, 2016.

This title is due for release on January 15, 2017
We'll send you an email as soon as it is available!