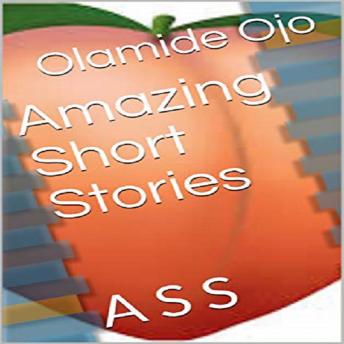 Amazing Short Stories (A S S) includes short stories; Super Eternal Transformation (S E T) and Fighting Under Casper King (F U C K).
Super Eternal Transformation (SET): The controversial director, Madman Gin is back at it again. This time, she decides to film the very tragic live of Vick Scaner whose fiancee has just left him at the alter. The only thing is that Vick does not know he is being filmed. He Just knows that his luck is beginning to change in drastic ways.
Fighting Under Casper King (FUCK): The womanizing general Casper has found his next target, the city of Glendell. Read as commander Hansome Mystii and his fellow knights brave the wrath of the army of Conilius to save the things worth fighting and dying for, passionate love and the will to live.