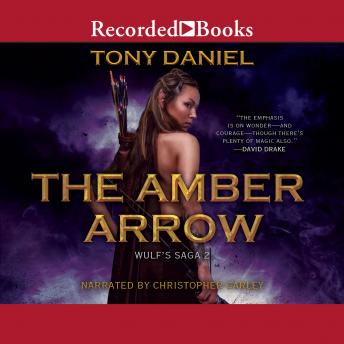 WULF'S SAGA CONTINUES Lord Wulf von Dunstig is in deep trouble. He is surrounded by invading enemies and kingdoms fallen into chaos. Along with dealing with the problems of a realm he never expected to rule, Wulf is in love with the elf maiden Saeunn Amberstone. Saeunn once saved his land. Now she has lost her star-soul and is dying. Ursel Keiler wishes she could control her errant heart as easily as she can guide the flight of an arrow to a target. She tries to escapes into the woodlands she adores, only to be pulled back by a band of desperate and brave warriors who need her help. But aiding them will lead Ursel straight to Wulf von Dunstig, and to the heartache she is fleeing. Yet evil cares nothing for human feelings. Now Wulf, Ursel and their friends must find a way to unite the land of Shenandoah against a powerful Roman inquisitor. He not only controls an Imperial Legion, he is also toying with magic that threatens the foundations of existence itself. Yet there is hope even in the deepest and darkest places of the world, and all may depend upon Wulf and Ursel forging a powerful weapon drawn from the heart of a dragon.