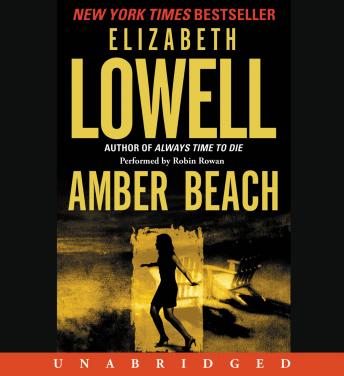 Donovan International is a power to be reckoned with in the dazzling and cutthroat worldwide gem trade -- and is therefore a target for the murderous greed of unscrupulous competitors. Though a shrewd businesswoman, Honor Donovan has been effectively shut out of the dangerous family enterprise by the Donovan males -- until her favorite brother, Kyle, mysteriously vanishes along with a fortune in stolen amber.

Now, linking up with 'fishing guide' Jake Mallory -- whose previous association with the Donovans has bred mistrust and suspicion -- Honor sets out for the Pacific Northwest in search of answers. But old wars and new politics have lured ruthless, high-stakes players from around the globe into a deadly game. And suddenly, elusive trust can be the only salvation -- and death the penalty for deceit -- if Honor and Jake hope to survive the perilous intrigues surrounding a breathtaking lost Czarist treasure known as the Amber Room ...