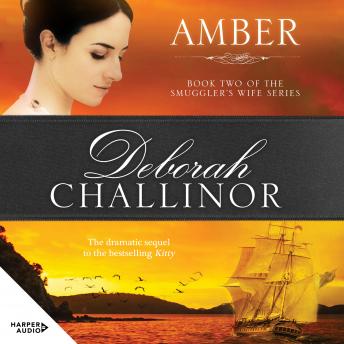 She was Maori, aged anywhere between three and five years old. Her dirty, matted hair hung past her shoulders, and her sweet, heart-shaped little face was filthy. When 18-year-old Kitty Carlisle's father dies unexpectedly in Norfolk in 1838, Kitty and her mother are left impoverished. After Kitty is discovered in a compromising position with an unscrupulous adventurer, her reputation is left in shreds. In desperation, her mother banishes Kitty to the colonies in disgrace, under the guardianship of her dour missionary uncle and his long-suffering wife. Against the backdrop of the wild and unruly Bay of Islands in the period leading up to the signing of the treaty of Waitangi, Kitty meets and falls in love with Ryan Farrell, a rude, aloof and atheistic ships captain. When she discovers he is also a gun runner, her loyalties are torn and her tempestuous nature leads to an estrangement. the path to true love is tortuous, involving rampaging Maori war parties, illicit sexual liaisons and incarceration in Sydney's Hyde Park Barracks, forgery, betrayal and death at sea. A tempestuous romance and a lively adventure with a fiery and memorable heroine, Kitty is a stand-alone novel, with potential as an ongoing saga of love and adventure on the high seas in the Pacific of the 1800s, by one of our leading historical novelists.