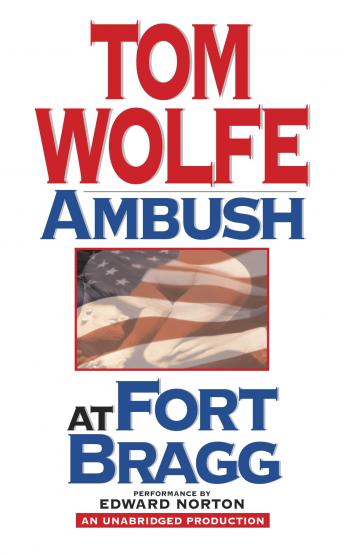 As the producer of a prime-time TV newsmagazine, Irv Durtscher fancies himself the Federico Fellini of television journalism. For who else can draw 50 million viewers, satisfy the network's gluttony for profits, and advance the cause of social justice? The only problem is that no one else recognizes Irv's genius. Instead, all the accolades go to the blonde bombshell anchor who won't give balding, near-sighted Irv the time of day. But suddenly Irv has a chance to break the most sensational story of his career--one that will surely catapult him into the national spotlight and into Madame Bombshell's heart. For months the wheels of justice have ground to a halt as three soldiers from Fort Bragg have categorically denied that they savagely beat and murdered a member of their company because he was gay. Now, Irv Durtscher, self-proclaimed soul of a soulless industry, is poised to expose the truth. With a fortune in surveillance equipment, he has infiltrated a bar near Fort Bragg, in the hopes that the unwitting soldiers will hang themselves on videotape. What he gets is pure dynamite. But Irv's story won't be complete until he arranges to ambush the three young toughs and show them the footage. What happens when one of New York's media elite confronts the Lords of Testosterone?...not what you think.

Ambush at Fort Bragg is classic Wolfe--a blistering send-up of one man's drive for fame and glory and the lengths to which the media will go to showcase their version of the truth. This is Wolfe at his very best--timely, relevant, and right on the money about many aspects of 90s America: the media, the military, the South, discrimination, and homophobia.