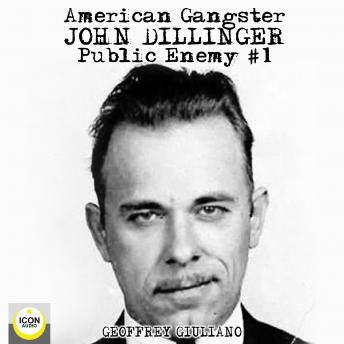 The Media ran exaggerated accounts of his bravado and colorful personality, styling him as a Robin Hood figure.
In response, J. Edgar Hoover, then director of the Bureau of Investigation (BOI), used Dillinger and his gang as his campaign platform to evolve the BOI into the Federal Bureau of Investigation, developing more sophisticated investigative techniques as weapons against organized crime.
After evading police in four states for almost a year, Dillinger was wounded and returned to his father's home to recover. He returned to Chicago in July 1934 and sought refuge in a brothel owned by Ana Cumpănaș, who informed police and federal agents of his whereabouts. On July 22, 1934, the police and the Division of Investigation] closed in on the Biograph Theater. Federal agents, led by Melvin Purvis and Samuel P. Cowley, moved to arrest Dillinger as he exited the theater. He drew a Colt Model 1908 Vest Pocket and attempted to flee.
The gun battle that led to his death occurred on July 22nd 1934. He was 32 years old. This is his story.
Edited by Macc Kay
Production executive Avalon Giuliano
ICON Intern Eden Giuliano
Music By AudioNautix With Their Kind Permission
©2020 Eden Garret Giuliano (P) Eden Garret Giuliano
Geoffrey Giuliano is the author of over thirty internationally bestselling biographies, including the London Sunday Times bestseller Blackbird: The Life and Times of Paul McCartney and Dark Horse: The Private Life of George Harrison. He can be heard on the Westwood One Radio Network and has written and produced over seven hundred original spoken-word albums and video documentaries on various aspects of popular culture. He is also a well known movie actor.