American Holocaust: The Conquest of the New World 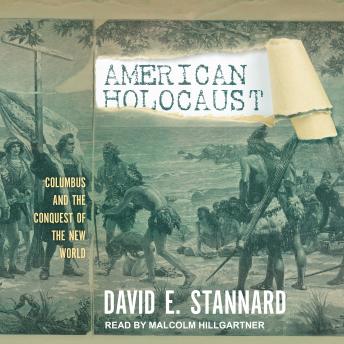 For four hundred years-from the first Spanish assaults against the Arawak people of Hispaniola in the 1490s to the U.S. Army's massacre of Sioux Indians at Wounded Knee in the 1890s-the indigenous inhabitants of North and South America endured an unending firestorm of violence. During that time the native population of the Western Hemisphere declined by as many as 100 million people. Indeed, as historian David E. Stannard argues in this stunning new book, the European and white American destruction of the native peoples of the Americas was the most massive act of genocide in the history of the world.

Stannard reveals that wherever Europeans or white Americans went, the native people were caught between imported plagues and barbarous atrocities, typically resulting in the annihilation of 95 percent of their populations. What kind of people, he asks, do such horrendous things to others? His highly provocative answer: Christians. Digging deeply into ancient European and Christian attitudes toward sex, race, and war, he finds the cultural ground well prepared by the end of the Middle Ages for the centuries-long genocide campaign that Europeans and their descendants launched-and in places continue to wage-against the New World's original inhabitants.

American Holocaust: The Conquest of the New World