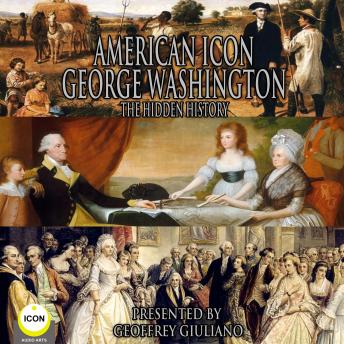 'It is better to offer no excuse than a bad one."
"It is better to be alone than in bad company."
"If freedom of speech is taken away, then dumb and silent we may be led, like sheep to the slaughter."
"My mother was the most beautiful woman I ever saw.' George Washington
George Washington was America's foremost political leader, military general, statesman and Founding Father who served as the first president of the United States from 1789 to 1797. He commanded Patriot forces in the new nation's vital American Revolutionary War and led them to victory over the British. Washington also presided at the Constitutional Convention of 1787, which established the new federal government. For his manifold leadership during the American Revolution, for all of this and more he has been called the 'Father of His Country'. This is his story.
GEOFFREY GIULIANO is the author of thirty two internationally best selling books published by the biggest publishers in the world from 1984 to today. He is also an acclaimed Hollywood film actor, director, designer, and is the voice on over 500 popular audiobooks.
Series producer Avalon Giuliano in New York
Produced by Alex Franchi in Milan
Edited and mixed by Macc Kay in Bangkok
ICON intern Eden Garret Giuliano
Music by Audionautix