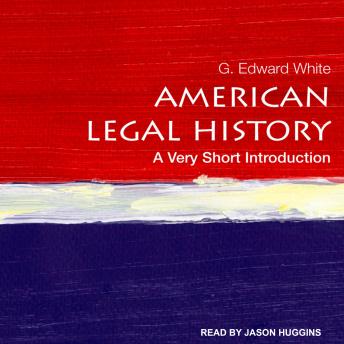 Law has played a central role in American history. From colonial times to the present, law has not just reflected the changing society in which legal decisions have been made-it has played a powerful role in shaping that society, though not always in positive ways.

Eminent legal scholar G. Edward White offers a compact overview that sheds light on the impact of law on a number of key social issues. The book traces important threads woven throughout our nation's past, looking at how law shaped Native American affairs, slavery, business, and home life, as well as how it has dealt with criminal and civil offenses. Likewise, law initially legitimated slavery in the United States, and legal institutions, including the Supreme Court, failed to resolve the tensions stirred up by the westward expansion of slavery, eventually sparking the Civil War. White also looks at the expansion of laws regarding property rights, which were vitally important to the colonists, many of whom left Europe hoping to become land owners; the evolution of criminal punishment from a public display (the stocks, the gallows) to a private prison system; the rise of tort law after the Civil War; and the progress in legal education, moving from informal apprenticeships and lax standards to modern law schools and rigorous bar exams.