The American Presidency: From Theodore Roosevelt to Ronald Reagan 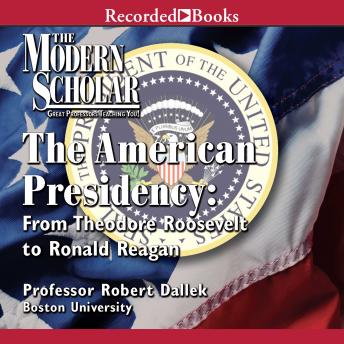 The 20th-century American Presidency is something of a mystery. Some Presidents performed exceptionally well in office, displaying strong leadership and winning the respect of the American people as well as the rest of the world. Others fell short of expectations and are remembered at best as marginal chief executives. What was it that allowed some to rise to greatness while others failed? What elusive mix of character traits, circumstance, and determination combine to mold the shape of a Presidential Administration? This course explores the tenures of the men who held our nation's highest office during the 20th-century. The lectures look at each President and examine their strengths and weaknesses as well as the times in which they served. Through this analysis listeners will develop a better understanding not only of this supreme office and how it has taken shape, but also how it has shaped America and, indeed, the modern world.