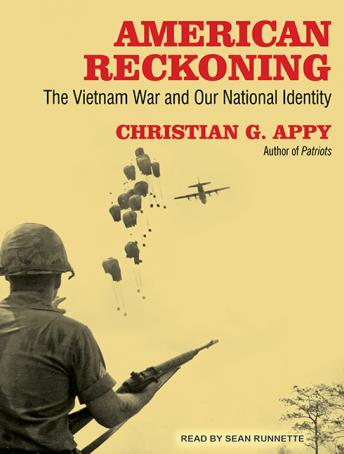 American Reckoning: The Vietnam War and Our National Identity

How did the Vietnam War change the way we think of ourselves as a people and a nation? Christian G. Appy now examines the relationship between the war's realities and myths and its impact on our national identity, conscience, pride, shame, popular culture, and postwar foreign policy.


Drawing on a vast variety of sources-from movies, songs, and novels to official documents, media coverage, and contemporary commentary-Appy offers an original interpretation of the war and its far-reaching consequences. Authoritative, insightful, sometimes surprising, and controversial, American Reckoning is a fascinating mix of political and cultural reporting that offers a completely fresh account of the meaning of the Vietnam War.

American Reckoning: The Vietnam War and Our National Identity