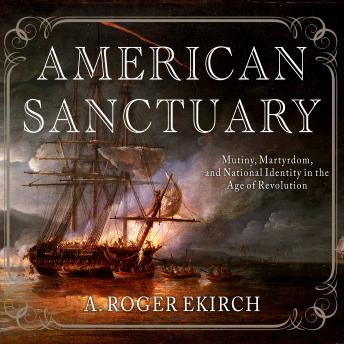 American Sanctuary: Mutiny, Martyrdom, and National Identity in the Age of Revolution

Written By: A. Roger Ekirch

The extraordinary story of the mutiny aboard the frigate HMS Hermione in 1797 (eight years after the mutiny on the Bounty)-the bloodiest mutiny ever suffered by the Royal Navy, that led to the extradition from America, and the hanging by the British, of the martyred sailor Jonathan Robbins. This event plunged the two-decade-old American Republic into a constitutional crisis, and powerfully contributed to the outcome of the U.S. presidential election of 1800. It propelled to the fore the fundamental issue of political asylum and extradition, still being debated today-more than two hundred years later.

American Sanctuary: Mutiny, Martyrdom, and National Identity in the Age of Revolution

by A. Roger Ekirch