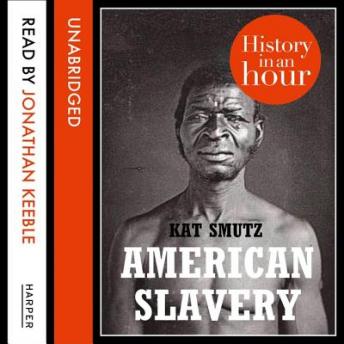 American Slavery: History in an Hour

From the first slaves arriving in Jamestown in 1619, the cotton fields in the Southern States and shipbuilding in New England, to the slaves who laid down their lives in war so that Americans could be free, American Slavery in an Hour covers the breadth of the subject without sacrificing important historical and cultural details.

An important and dark time in Black - and American - history, American Slavery in an Hour will explain the key facts and give you a clear overview of this much discussed period of history, as well as its legacy in modern America.

American Slavery: History in an Hour