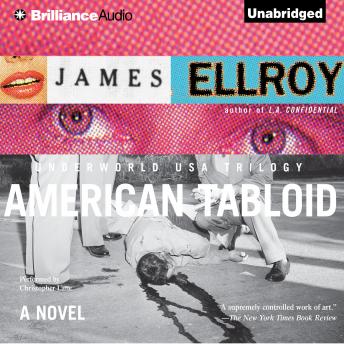 We are behind, and below, the scenes of JFK’s presidential election, the Bay of Pigs, the assassination—in the underworld that connects Miami, Los Angeles, Chicago, D.C....Where the CIA, the Mob, J. Edgar Hoover, Howard Hughes, Jimmy Hoffa, Cuban political exiles, and various loose cannons conspire in a covert anarchy...Where the right drugs, the right amount of cash, the right murder, buys a moment of a man’s loyalty...Where three renegade law-enforcement officers—a former L.A. cop and two FBI agents—are shaping events with the virulence of their greed and hatred, riding full-blast shotgun into history....James Ellroy’s trademark nothing-spared rendering of reality, blistering language, and relentless narrative pace are here in electrifying abundance, put to work in a novel as shocking and daring as anything he’s written: a secret history that zeroes in on a time still shrouded in secrets and blows it wide open.