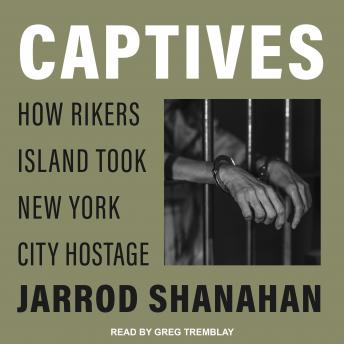 Just about everybody knows the name Rikers Island. A fixture of pop culture and underground prison lore alike, the sprawling East River jail complex has become synonymous with both the horrors of mass incarceration and the structurally-racist class domination at its core. But how did Rikers Island get to be this way? America's Jail represents a scrupulously researched answer to this question, written for a lay audience in an accessible narrative form. Befitting the high stakes of the present Rikers debate, the issues explored in this work have broad implications for the future of mass incarceration in the United States and beyond.

Drawing from extensive archival research, decades of journalism, interviews, prisoner testimonials, and firsthand experience, Jarrod Shanahan tells the story of how so many miserable jail facilities ended up on one tiny East River islet, by charting the unwitting cooperation between prison reformers, who built jail infrastructure on the optimistic wager it could be used for social good, and the forces of organized retrenchment, who ensured this would never come to pass.

By tracing the failure of jail reform in postwar New York in detail, America's Jail casts considerable doubt on jail reformers' ability to solve the problems of incarceration with better incarceration, even in shiny new jails.

This title is due for release on May 17, 2022
We'll send you an email as soon as it is available!