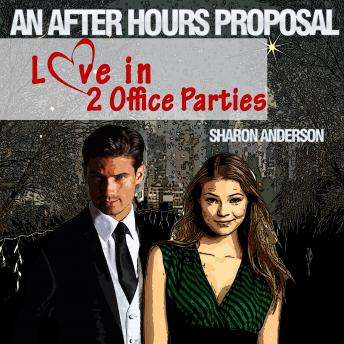 An After Hours Proposal - Love in Two Office Parties

This is a standalone office romance novel with love, laughter, sensuality and festivity of Thanksgiving, Christmas and New Year. Set in the snowy NY at workplace between Boss and her subordinate...should we say lover!

Shelby, shy and tentative in her personal life, has a confidence in her abilities in her new job as a paralegal that help make her transition to the workplace easier. She is young and this is her first real job; one that holds great potential to make or break her career since it is with the prestigious New York City Law Firm of Adams, Barton and Collins, LLC.

Her mentor for the first week's orientation turns out to be the son of two of the partners. He appears to be working in a job well below his ability level but he makes it clear this is what he enjoys doing and does not have huge aspirations, at the moment, of changing his position. He is good at what he does and he exudes self-assurance and personality.

From the second Shelby meets Dylan she feels a connection, at first a worrisome one, which leaves her wondering if his charming disposition and good looks will allow her to concentrate and do her best work. Their week of working in concert for her orientation alleviate these fears, yet in moments, throw her off kilter in directions she is not sure she is ready to be moving.

An After Hours Proposal - Love in Two Office Parties