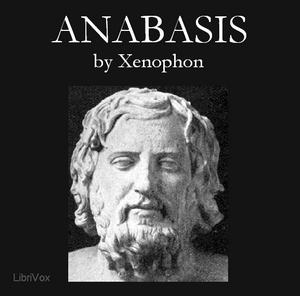 Xenophon the Athenian was born 431 B.C. He was a pupil of Socrates. He marched with the Spartans, and was exiled from Athens. Sparta gave him land and property in Scillus, where he lived for many years before having to move once more, to settle in Corinth. He died in 354 B.C. "Anabasis" is a Greek word which means "journey from the coast to the center of a country." This is Xenophon's account of his march to Persia with a troop of Greek mercenaries to aid Cyrus, who enlisted Greek help to try and take the throne from his brother Artaxerxes, and the ensuing return of the Greeks, in which Xenophon played a leading role. This occurred between 401 B.C. and March 399 B.C.