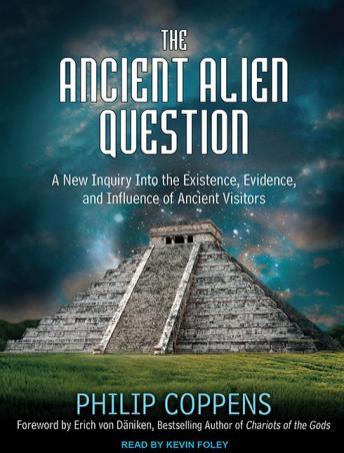 The Ancient Alien Question: A New Inquiry Into the Existence, Evidence, and Influence of Ancient Visitors

Have we been visited by extraterrestrial beings?Did these 'ancient aliens' contribute to the birth of human civilization?Do our ancient monuments contain evidence of their presence?The Ancient Alien Question reveals an array of astonishing truths, including:A radically different understanding of the pyramids and how they were constructedThe origins of crystal skulls and how they were foundThe extraordinary stories behind monuments such as the Nazca lines and Puma Punku, and who built themHow extraterrestrials came to our planet and the evidence that supports thisAnalyzing
the historical and archaeological evidence, Philip Coppens demonstrates
that there is substantial proof that our ancestors were far more
technologically advanced than currently accepted, and that certain
cultures interacted with non-human intelligences. Our ancestors were
clearly not alone.Forty years after Erich von Daniken posed these questions in Chariots of the Gods, Coppens provides clear and concise answers to the great historical enigmas.Your view of human history will never be the same again!

Ancient Alien Question: A New Inquiry Into the Existence, Evidence, and Influence of Ancient Visitors