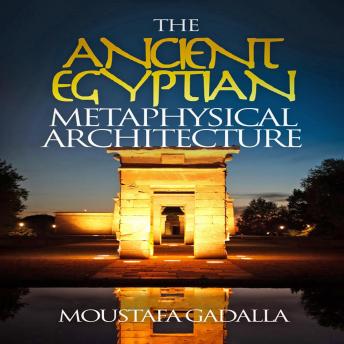 This book reveals the Ancient Egyptian knowledge of harmonic proportion, sacred geometry, and number mysticism, as manifested in their texts, temples, tombs, art, hieroglyphs, ...etc., throughout their known history. It shows how the Egyptians designed their buildings to generate cosmic energy, and the mystical application of numbers in Egyptian works. The book explains in detail the harmonic proportion of about 20 Ancient Egyptian buildings throughout their recorded history. This Expanded Edition of the book is divided into three parts containing a total of 13 chapters, as well as 10 appendices being A through I. Part I: Architectural Concepts—Function and From consists of five chapters—1 through 5: Chapter 1: The Architectural Canon Chapter 2: The Metaphysical Structure of The Universe Chapter 3: Visitation Sites of The Lower Heavenly Court Chapter 4: The Sealed Pharaohs' Tombs Chapter 5: Egyptian Temples of The Divine Forces Part II: The Physical Manifestation of Metaphysical Concepts consists of five chapters—6 through 11: Chapter 6: Architectural Constituent Forms of Metaphysical Functions will cover the various architectural forms as manifestation of their corresponding functions [both physically and metaphysically] for 'false doors', recessed wall panels, columns and pillars, capitals of columns, porticoes, peristyles, colonnade formations at four different locations, obelisks, statuary images of various roof forms (flat, gable, corbelled, arch & vaulted), stylistic architectural details (architrave, cornice, and torus) and stylistic ornamentation and decoration such as starry ceilings, floral, geometric, figurative, a combination of two or all three, guilloche (misnamed as the Tuscan border), chevron, and scroll pattern. Chapter 7: The Primary Geometrical Shapes/Forms Chapter 8: The Generative Square Root Rectangles—'Irrational numbers' ......