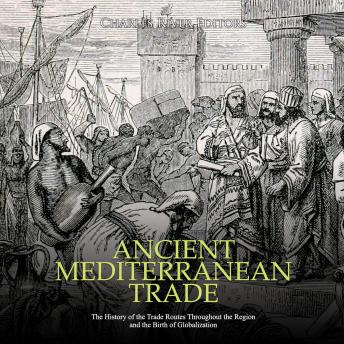 Ancient Mediterranean Trade: The History of the Trade Routes Throughout the Region and the Birth of Globalization

The concept of international trade was born in the ancient Mediterranean, which provided the perfect set of circumstances needed to produce an intricate trading system whose influence can still be seen in present-day economic practices. The ancient Mediterranean was home to a diverse range of cultures and landscapes, encompassing deserts, forests, islands and fertile plains. Different natural resources were available in different geographical areas, and with the advent of sailing ships around 3000 BCE, people were suddenly able to travel much further afield than ever before. This created an opportunity to trade local resources in international markets in exchange for exotic goods not available at home.

At the same time, this shift in Mediterranean trade from a local to international scale was a catalyst for immense social, political and economic changes that helped to shape the course of Western Civilization as a whole. Starting with the Egyptians and Minoans around 3000 BCE until the decline of the Roman Empire at the end of the 5th century CE, ancient trade in the Mediterranean brought cultures into increasingly close contact with one another, and just as in the globalized world today, these cross-cultural influences came to shape the development of belief systems, languages, economics, politics, and art throughout wide expanses of land. Traders introduced foreign goods, but also foreign ideas and new methods of expression, and they in turn took new ideas home with them from the places they visited.

Ancient Mediterranean Trade: The History of the Trade Routes Throughout the Region and the Birth of Globalization