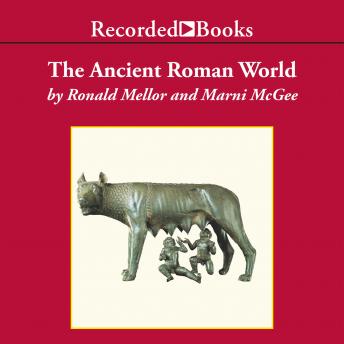 From the city of Pompeii-frozen in time by volcanic ash and lava-to the Coliseum's famed gladiators-treated like rock stars-ancient Rome had it all: Gods and Goddesses, infamous emperors, crippling warfare, and beautiful art. Spartacus, the famous gladiator and slave, led a revolt against a tyrannical government. Conspirators violently murdered emperor Julius Caesar. Virgil wrote epic poetry, and Jesus of Nazareth was proclaimed the messiah. Learn the stories behind the famous names, all backed by a variety of primary sources. Architectural ruins, ancient texts, and everyday items-like the iron collars used on slaves-show us how ancient Romans really lived. The Ancient Roman World focuses not only on the wars and government problems of the time, but also on the lives of common Romans. This intriguing and well-researched text written by a historian and a children's author provides a thorough understanding of everything you need to know about ancient Rome's rise and fall and will transport modern listeners back to the days of the Ceasars.

This title is due for release on April 12, 2013
We'll send you an email as soon as it is available!