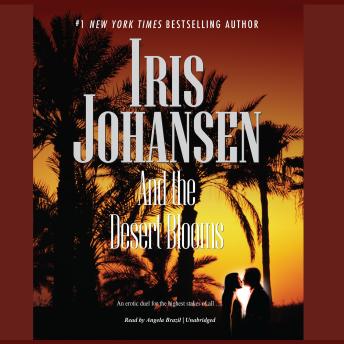 And the Desert Blooms

"Don't look for me. I'll come back when I'm ready."
Pandora Madchen wrote those words when she ran off six years ago. In that time she'd become a sensation with the rock group Nemesis, toured the world, and grown up, but she never forgot the promise she made herself. Now Pandora was ready to return to the desert state of Sedikhan and the man she'd loved too soon and too much.
Sheik Philip El Kabbar was a businessman whose power and influence extended throughout the world-but for six long years he'd been unable to find the woman he still considered it his duty to protect. She'd come back on her own terms and to take the kind of erotic gamble that Philip always won. Only this time he wasn't sure that in winning they wouldn't both lose what matters most. Or that in loving her, he wouldn't be hurting them both.

And the Desert Blooms