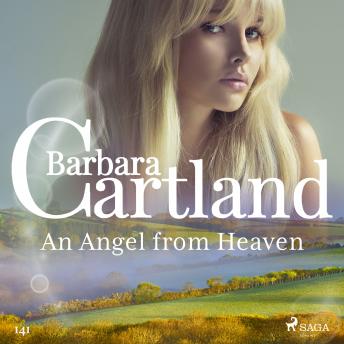 The beautiful Lady Diana Dinsdale’s father has died and shortly afterwards her mother dies as well and she is heartbroken at the loss of both her beloved parents. After the Earl of Dinsdale’s death, her mother had married again to William Walker, a rich businessman who is cynically seeking to improve his standing socially to help his financial interests to make him even richer. And now Diana is all alone except for her grasping stepfather. When she learns that he is arranging for her to marry an American millionaire friend of his, whom she has never seen, merely because she has a title, she is absolutely horrified. She has always dreamt of marrying a man she deeply loves as he loves her. Although she feels obligated to her stepfather because he helped her parents when they were almost bankrupt, she cannot go ahead with this marriage. So she plans to escape the appalling prospect by running away and hiding from her dreadful stepfather. With the help of her father’s old butler, Simpson, she becomes the Governess to Eric, the young brother of Lord Anthony Clayton. Eric has had a succession of Governesses who leave as soon as they arrive because the boy is almost uncontrollable and refuses to learn anything from anybody. How Diana teaches the boy to become a young gentleman. How she helps Lord Clayton with his domestic and financial problems. And how she unexpectedly finds the love of her life is all told in this romantic novel by BARBARA CARTLAND.

This title is due for release on October 30, 2020
We'll send you an email as soon as it is available!