The Angel in My Pocket: A Story of Love, Loss, and Life After Death 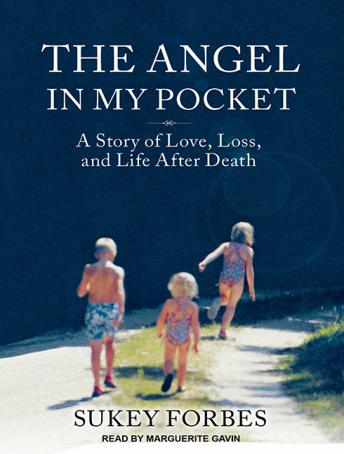 When Sukey Forbes lost her six-year-old daughter, Charlotte, to a rare genetic disorder, her life felt as if it were shattered forever. Descended from two distinguished New England families, Forbes was raised in a rarefied-if eccentric-life of privilege. Yet Forbes's family history is also rich with spiritual seekers, including her great-great-great-grandfather Ralph Waldo Emerson. On the family's private island enclave off Cape Cod, apparitions have always been as common as the servants who once walked the back halls. But the 'afterlife' took on new meaning once Forbes dipped into the world of clairvoyants to reconnect with Charlotte.
With a mission to help others by sharing her own story, Forbes chronicles a world of ghosts that reawakens us to a lost American spiritual tradition. The Angel in My Pocket is a moving and utterly unique tale of one mother's undying love for her child.

Angel in My Pocket: A Story of Love, Loss, and Life After Death