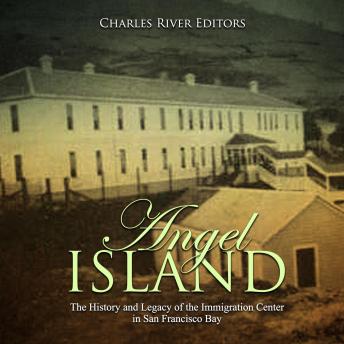 Angel Island: The History and Legacy of the Immigration Center in San Francisco Bay

Angel Island, the largest island in San Francisco Bay at about 740 acres, was originally named when Don Juan Manuel Ayala sailed into San Francisco Bay. Supposedly, the island was named "Angel" because the land mass appeared to him as an angel guarding the bay, and when Ayala made a map of the Bay, on it he marked Angel Island as, "Isla de Los Angeles." This would remain the island's name ever since, even as the use of the island would certainly change over time.
The island is currently a large state park with beautiful views of the San Francisco Bay and skyline, but the most noteworthy part of the park is the immigration museum. That site is what makes Angel Island so famous today, as it remains best known for being the entry point for Asian immigrants to the United States from 1910-1940. There is no way to know for sure how many people actually passed through Angel Island because of the destruction of most of the historical documentation in a fire, but historians estimate that it was between 100,000 and 500,000 people.
Angel Island is often referred to the Ellis Island of the West, but many argue that they are extremely different in their preservation of immigrant histories. For one, Angel Island took much longer to preserve, and the preservation of Ellis Island focuses on the positive reception of European immigrants on the East Coast, which plays well to corporate sponsors and the American story. Historian John Bodnar explained that Ellis Island represents "the view of American history as a steady succession progress and uplift for ordinary people."

Angel Island: The History and Legacy of the Immigration Center in San Francisco Bay