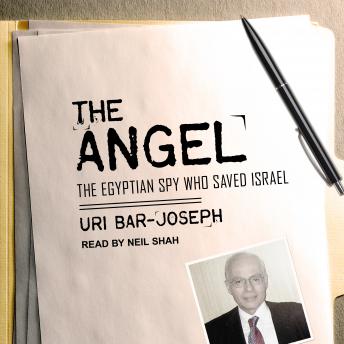 The Angel: The Egyptian Spy Who Saved Israel

As the son-in-law of Egyptian president Gamal Abdel Nasser and a close advisor to his successor, Anwar Sadat, Ashraf Marwan had access to the deepest secrets of the country's government. But he himself had a secret: he was a spy for the Mossad, Israel's intelligence service. Under the codename 'The Angel,' Marwan turned Egypt into an open book for the Israeli intelligence services and, by alerting the Mossad in advance of the joint Egyptian-Syrian attack on Yom Kippur, saved Israel from a devastating defeat.

Drawing on meticulous research and interviews, Uri Bar Joseph pieces together Marwan's story. In the process, he sheds new light on this volatile time in modern Egyptian and Middle Eastern history, culminating in 2011's Arab Spring. The Angel chronicles the discord within the Israeli government that brought down Prime Minister Golda Meir-but the story doesn't end there. Marwan eluded Egypt's ruthless secret services for many years until somebody talked. Five years later, his body was found in the garden of his London apartment building. Police suspected he had been thrown from his fifth-floor balcony, and thanks to explosive new evidence, Bar-Joseph can finally reveal who, how, and why.