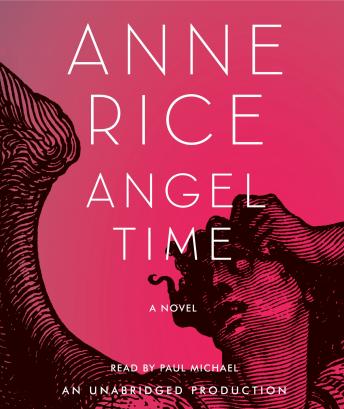 Angel Time: The Songs of the Seraphim, Book One

Anne Rice returns to the mesmerizing storytelling that has captivated readers for more than three decades in a tale of unceasing suspense set in time past—a metaphysical thriller about angels and assassins.

The novel opens in the present. At its center: Toby O’Dare—a contract killer of underground fame on assignment to kill once again. A soulless soul, a dead man walking, he lives under a series of aliases—just now: Lucky the Fox—and takes his orders from “The Right Man.”

Into O’Dare’s nightmarish world of lone and lethal missions comes a mysterious stranger, a seraph, who offers him a chance to save rather than destroy lives. O’Dare, who long ago dreamt of being a priest but instead came to embody danger and violence, seizes his chance. Now he is carried back through the ages to thirteenth-century England, to dark realms where accusations of ritual murder have been made against Jews, where children suddenly die or disappear . . . In this primitive setting, O’Dare begins his perilous quest for salvation, a journey of danger and flight, loyalty and betrayal, selflessness and love.

Angel Time: The Songs of the Seraphim, Book One