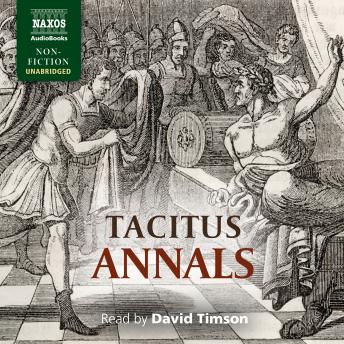 Beginning at the end of Augustus's reign, Tacitus's Annals examines the rules of the Roman emperors from Tiberius to Nero (though Caligula's books are lost to us). Their dramas and scandals are brought fully under the spotlight, as Tacitus presents a catalogue of their murders, atrocities, sexual improprieties and other vices in no unsparing terms. Debauched, cruel and paranoid, they are portrayed as being on the verge of madness. Their wars and battles, such as the war with the Parthians, are also described with the same scrutinising intensity. Tacitus's last major historical work, the Annals is an extraordinary glimpse into the pleasures and perils of a Roman leader, and is considered by many to be a masterpiece.