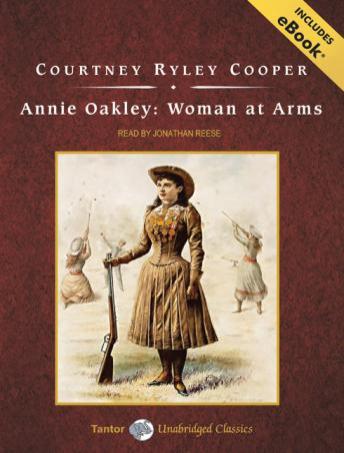 Annie Oakley was without a doubt the greatest markswoman who ever lived. Born in 1860 in Darke County, Ohio, she built herself from obscure and impoverished beginnings into the best known woman of her time.

Courtney Ryley Cooper's classic biography traces Oakley's extraordinary journey and separates the facts from the many legends that have sprung up in its wake. We learn of her enduring marriage to Frank Butler and their first meeting, a shooting match in which the seemingly delicate young girl defeated the professional marksman; her association with Buffalo Bill Cody's Wild West Show and its triumphal tour through Europe and America; the train crash that nearly took her life; and her years as an actress and teacher. Her story remains to this day one of the grandest to have come out of the Old West.