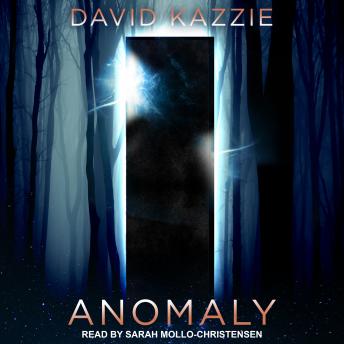 Twelve years ago, NASA researcher Peter Abbott disappeared while on a mission to study a meteor that had crashed on an uncharted island in the South Pacific.

His wife, Claire Hamilton, a scientist herself, picked up the pieces of her broken life and started over. Now a professor of astrobiology at the University of Washington, Claire has remarried and is raising six-year-old twins with her husband, Jack.

But her idyllic life is shattered once again when NASA shows up at Claire's door with incredible news-Peter is alive, and they want her to join a mission to rescue him from the island. And the most stunning revelation-it wasn't a meteor that Peter had gone to study, as they had told her a dozen years ago, but an extraterrestrial artifact.

Torn between the love for her family and the prospect of being part of the most important discovery in human history, Claire struggles with the decision join the dangerous mission. Meanwhile, sinister forces begin aligning to prevent her from rescuing Peter or uncovering the mystery of the alien object.

And as the danger mounts, she will make a shocking discovery, one with the potential to alter the course of her life-and of mankind- forever.

A thought provoking, very well written story of time manipulation. I wouldn't consider the story "tine travel" per se. Sometimes we may not know people as well as we think. The story is not at all predictable, which is what makes it so good. It' doesn't have a fairy tale ending where the good guys win or the everyone lives happily ever after and this is what makes it seem real. A lot of questions remain unanswered. It's also a bit of a sad story, but I wouldn't change a thing.